Our mission adheres to the view of Henry Wisniewsky (1978) and Zaven Khachaturian (1985), two internationally recognized outstanding scientists, that a slow acting infectious agent, acquired at an early age and requiring decades to cause dementia can play a role in Alzheimer disease. It also adheres to the view expressed by Barry Bloom, previous Dean of the Harvard School of Public Health: "If an infectious agent is responsible for even a portion of these diseases, that could change the outlook for treatment and prevention dramatically".

The possibility that senile plaques in Alzheimer's disease might be caused by microorganisms was already suggested in 1907 by Oskar Fischer and was discussed by Alois Alzheimer in his article in 1911. He has mentioned that the effort of Oskar Fischer to cultivate microorganisms from the Alzheimer's brain remained unsuccessful. However, it is important to consider that Treponema pallidum, the causative agent of general paresis which can cause slowly progressive dementia and brain atrophy as well as amyloid deposition cannot be cultivated in pure culture even today.

Despite that Alzheimer's disease has been described a century ago, and despite the tremendous progress made in research, the cause of this devastating disorder is still unclear and the therapy unresolved [Nagy, 2005]. Unless treatments to prevent the disease are developed, the world will face insurmountable care charges by the middle of this century. Prompt action is needed! In addition to support health care needs, investing heavily in research on Alzheimer's disease and related chronic disorders (e.g. vascular disorders, diabetes etc.) is critical.

The realization that pathogens can evade from destruction by the host immune system and produce slowly progressive chronic diseases has resulted in a new concept of infectious diseases and opened new avenue for the treatment and prevention of these chronic disorders. Further research in this direction is essential as these chronic inflammatory disorders affect large part of the population up to 60 years and represent an enormous socio-economical charge.

It has been known from more than a century that chronic bacterial infection can cause dementia and the important role of systemic and local inflammation at the site of brain lesions has been established. Therefore it is our obligation to verify whether chronic bacterial infection caused by other spirochetes and associated bacteria may also lead to slowly progressive dementia and may reproduce the pathological and biological hallmarks of Alzheimer's disease.

During infection, active oxygen and nitrogen species generated by inflammatory cells can cause DNA damage, induce apoptosis, and modulate enzyme activities and gene expression. Depending upon the biology of the pathogen and the host defense mechanisms the microorganisms can persist in the infected tissues and cause chronic, persistent inflammation and slowly progressive tissue damage. The outcome of infection is determined by the genetic predisposition of the patient and by the virulence and biology of the infecting agent. Environmental factors, including stress and nutrition and physical exercises are critical determinants of disease expression as well.

To develop new diagnostic tests for the early detection of Alzheimer’s disease is important in order to detect the disease in its early stages.Treatments presently used for Alzheimer's disease and other chronic inflammatory disorders are mostly symptomatic. Antibiotics and antiviral drugs for the treatment of bacterial and viral infections are available, however, to optimize available treatments and develop new therapies is essential.
With your solidarity and in an international effort without frontiers we would be able to help to prevent Alzheimer’s disease. Prompt action is needed. The medical, social, human and economical impacts of this international effort will be substantial. 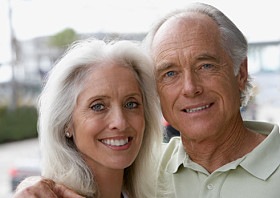