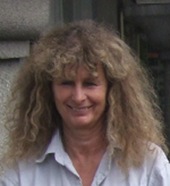 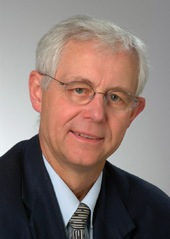 Hans R. Brunner is Professor Emeritus of the University of Lausanne in Switzerland. He has graduated from the Medical School of the University of Basel and then received his postgraduate training as an intern and resident in internal medicine at the University Hospital in Geneva. From 1969 to 1974 he was a research associate and then assistant professor at the Columbia-Presbyterian Medical Center in New York. Returning to Switzerland in 1974 he served as Associate Professor and Head of the Division of Nephrology and Hypertension and then Professor and Head of the Division of Hypertension and Vascular Medicine at the University of Lausanne until his official retirement in 2003. Since then he continues to pursue his scientific interests mainly as a scientific advisor to several clinical research projects developing new therapeutic concepts.

The main research interest of Hans R. Brunner has been in hypertension, vascular disease, heart failure and renal physiology. Together with his friend Dr. Haralambos Gavras of Boston University he has been at the forefront elucidating the role of the renin angiotensin system in the pathogenesis of hypertension and heart failure. They have also carried out the initial studies establishing the then new ACE-inhibitors, angiotensin receptor blockers and the renin inhibitor aliskiren as novel and useful therapeutic agents. Other projects aimed at understanding the role of vasopressin, of atrial natriuretic peptide, of bradykinin and of other vasoactive substances in regulating the cardio-vascular system. 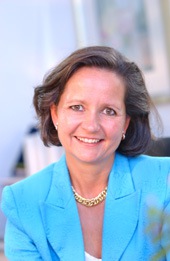 Most of her mandates concentrate on career-related issues, especially leadership, team effectiveness, performance enhancement, transition and change and conflict management. Before founding her own company, Choice Ltd., she was a Member of the Executive Committee of Sulzer Ltd., where she was responsible for corporate development. She has worked in a variety of industries including consultancy (HR, strategic and scientific), engineering, petroleum and travel and has held positions in global companies in human resources, general management and strategic consultancy. She is a guest lecturer at the University of Zurich and a Mentor at the University of St. Gallen. As a member of the Global Leadership Centre of INSEAD, she is regularly invited as a coach in executive development programmes. She was also on the Board of the “Swiss Code of Ethics” and co-author of the books “Globalization – from vision to practice” and “Coaching Mystique”. Her own book “Vom Abendrot zum Morgenlicht” presents a valid a model to effectively deal with crisis and is based on Schubert’s Winterreise.

Christina Kuenzle holds a BA in Economics, an MBA from INSEAD and an MS in Coaching and Consulting for Change from HEC. During her training in psychology, she worked with many internationally renowned professors and coaches from Europe, Canada, India and the US. Her approach has been highly influenced by the works of Manfred Kets de Vries, Robert Hargrove, Daniel Goleman and Michael Lukas Moeller. She lives in Switzerland with her partner and adult son and is President of the Collegium Novum Zurich, a leading ensemble of soloists in contemporary classic music. She also passionately pursues psychology, sailing and skiing and belongs to several professional and service networks. 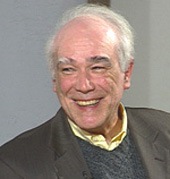 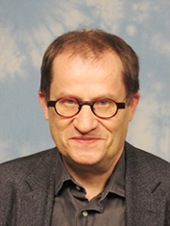 He became assistant director at the State Secretariat for Education and Research in January 2005, in charge of science policy and forecast. In November 2008 he moved to the Ecole Polytechnique Federale in Lausanne, where he acts as senior advisor to President Patrick Aebischer.

He is married to Bich Viet Huynh and has two children aged 18 and 20. 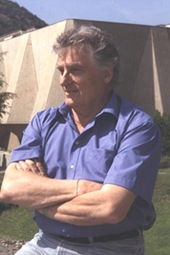 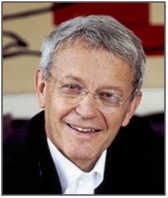 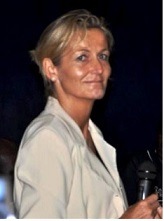 
Dr. Astrid Stuckelberger has over the years become an internationally recognized expert in aging and human development. She is currently a senior lecturer and researcher at the University of Geneva School of Public Health anchored in the Faculty of Medicine. As an expert and scientist, she conducts research and expertise in different fields related to health, gender, technology, ethics, ageing and anti-ageing medicine at many levels:  Governments, European Commission and United Nations specialized agencies and programmes.

She holds several international positions such as President of the Geneva International Network on Ageing (GINA), chair of the NGO Committee on Aging at the United Nations Since nearly a decade, she is a representative of the International Association of Gerontology and Geriatrics and of the Society for Psychological Study of Social Issues at the UN in Geneva.

During the last decade, she acted as Deputy-Director of the Swiss National Research Programme on Aging and was awarded by the United Nations Secretary-General for her achievement during the 1999 UN International Year of Older Persons. In 2009, she was nominated among the 100 Swiss personalities of the year. As a writer, she has published several books, and more than 100 scientific articles, policy papers, governmental, European Commission or UN reports. 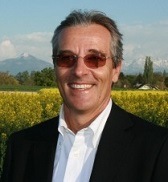 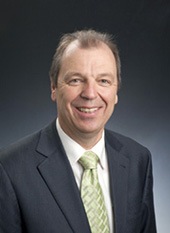 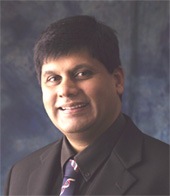 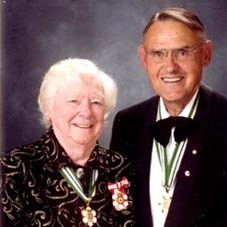 
Dr. Edith Graef McGeer is a professor emerita in the Faculty of Medicine at UBC. She received her BA from Swarthmore College and her PhD from the University of Virginia at the age of 22.  She worked for the DuPont Company in Wilmington Delaware, winning three patents and a citation from the Delaware section of the American Chemical Society before moving with her husband to UBC’s medical school.  She has served on the editorial boards of 15 international journals in the neuroscience field, and on numerous scientific review boards, particularly for the National Institutes of Health in the United States. She was one of the initial members of the Executive Committee of the World Federation of Neurology Group on the Dementias.

Dr. Patrick L. McGeer is a professor emeritus in the Faculty of Medicine at UBC and a former director of the Kinsmen Laboratory of Neurological Research.  He received his PhD in chemistry at Princeton University and his MD at UBC. In between, he worked for the DuPont Company in Wilmington, Delaware, where he met his wife, Dr. Edith McGeer. Dr. Patrick McGeer is a fellow of the American Association for the Advancement of Science and the Royal College of Physicians and Surgeons of Canada.  For many years, he combined his scientific career with politics, serving in the British Columbia Legislature from 1962 to 1986, and in the British Columbia Cabinet from 1975 to 1986. While serving in the B.C. Cabinet, Dr. McGeer was officially on leave of absence from UBC but continued to work evenings and weekends in the laboratory. Dr. McGeer has always been interested in sports and played basketball for Canada on the Olympic team in 1948. As a result, he is a member of both the B.C. and UBC Sports Halls of Fame.

The McGeers with their colleagues have produced more than 800 scientific publications and, with Sir John Eccles, coauthored the “Molecular Neurobiology of the Mammalian Brain”, Plenum Press, 1978 and 1987. They have also produced three younger PhDs:  Rick McGeer (born 1957), a computer scientist, Tad McGeer (born 1958), an aeronautical engineer, and Tori McGeer (born 1960), a philosopher. They were jointly inducted as Officers of the Order

on Canada in 1995, as companions in the Order of B.C. in 2005, and as fellows of the Royal Society of Canada in 2002 in recognition of their scientific work. According to the International Scientific Index, they are both among the most highly cited researchers in their field. 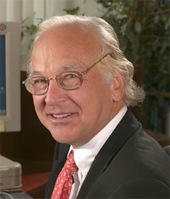 
Dr. Carl W. Cotman is Professor of Neurobiology and Behavior and Neurology at the University of California, Irvine. He obtained his BA from Wooster College, Ohio and his PhD from Indiana University in the Department of Chemistry. His major research interest is to discover interventions, which alleviate cognitive dysfunction that occurs with aging and can reduce the risk for developing Alzheimer's disease (AD).  He has published extensively, currently with over 700 publications in the field. He first discovered axon sprouting and new synapse formation in the AD brain, discovered that brain derived neurotrophic factor (BDNF) is increased with exercise and initially reported that exercise will improve learning and reduce brain amyloid accumulation in transgenic mouse models.  His work on exercise is a cornerstone of current interventions involving the impact of lifestyle on brain aging and AD.  He founded the Institute for Memory Impairments and Neurological Disease (formerly Institute for Brain Aging and Dementia), established the UCI Alzheimer's Disease Research Center (ADRC) and is a member of the steering committee for the NIA Alzheimer's Disease Cooperative Study group (ADCS). In addition to his basic science research, he has been involved in several clinical trials over the years, including the use of Vitamin E for delaying the onset of AD, estrogen replacement therapy for AD, and the use of antioxidants to reduce AD biomarkers in AD. 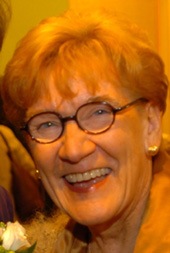 
Dr. Griffin is a pioneer in Alzheimer research, especially in neuroinflammation and specifically with regard to the role of glial cell activation and overexpression of cytokines in propagation and progression of Alzheimergenic events related to aging, trauma, epilepsy, obesity and type II diabetes, and heart disease and increased risk for development of sporadic Alzheimer’s disease (AD). In sharp contrast to conventional ideas of Aβ as pivotal in AD pathogenesis, and plaque-associated microglia as merely reactive, Griffin’s principle states—In response to various neuronal stresses, microglia and astroglia are activated and overexpress cytokines interleukin-1 (IL-1) and S100B, which induce each of the precursors of Alzheimer neuropathological changes that further stress neurons, creating self-propagating neurodegeneration.  Her Cytokine Cycle© conceptualizes how neuronal stresses—head trauma, genetics, and/or aging—induce excesses in cytokines, creating positive feedback cycles that account for the progressive nature of AD. Her seminal proof-of-principle paper in PNAS (1989), presented a completely novel idea, involving innate immune reactions in the brain that explain AD pathogenesis and its connection to Down syndrome, where such activation and cytokine overexpression are present years before AD pathology. She quickly extended this to show that IL-1 and S100B are inducers of the substrates for each aspect of AD pathology, viz Aβ plaques, neurofibrillary tangles, Lewy bodies, and synapse and neurotransmitter loss. Moreover, she found polymorphisms in IL-1 genes that are associated with AD risk, confirming the cytokine link via a completely different and independent route.  Her ability to see the unique in the obvious ushered in a new field and a successful new journal, the Journal of Neuroinflammation, of which she is editor-in-chief.

Associate Director, Geriatric Research Education Clinical Center, Central Arkansas VA Healthcare System, Little Rock Arkansas, 1996-present. In addition, she is a tenured professor in the Departments of Medicine, Psychiatry, Pediatrics, Physiology, and Neurobiology and Developmental Neuroscience at The College of Medicine of the University of Arkansas for Medical Sciences, Little Rock AR, USA, 1996-present. Major funding is from NIH PO1-AG12411, “Early Events in Alzheimer Pathogenesis, years 12-17, April 2009-May 2014, $6,066,664, Program Director, and The Windgate Foundation and The Donald W. Reynolds Foundation.

Jennifer and Me Leon Krasinski 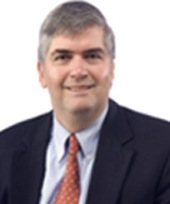 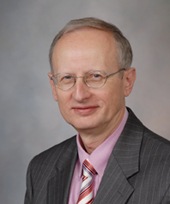 Zbigniew K. Wszolek, M.D. is a Consultant at Mayo Clinic Jacksonville and Professor of Neurology at Mayo Clinic Rochester. He graduated from the Silesian Medical University in Katowice, Poland in 1973. His postgraduate training included a neurology residency and clinic neurophysiology, movement disorders, and positron emission topography fellowships in the United States and Canada. He is a board certified neurologist, clinical neurophysiologist, and electrodiagnositc medicine consultant. His scientific interests are in the field of the genetics of Parkinson's disease and related conditions. He has published extensively in peer-reviewed journals such as Science, The New England Journal of Medicine, Nature Genetics, Neuron, Brain, Annals of Neurology, Neurology, and others. He has been an invited speaker for many national and international meetings. He is a member of the American Academy of Neurology and the American Neurological Association. He is the recipient of several national and international scientific awards.